We discover bugs, disclose them responsibly, help companies fix them and then write about them here. Companies that have a non-disclosure plan with us are not mentioned here.

Fallible Blog Adventures with looking under the hood

Common issues with OTP based authentication

Almost every app today uses a 2 factor authentication where the second factor is an SMS sent to your mobile phone. This ensures that even if your password is compromised, you will be safe as long as you have your mobile phone with you.

Problem comes when people use just SMS as the only form of authentication. Shortcuts in security are often disastrous. It would still have been okay if they implemented it perfectly. Far from it, OTP based authentications are subject to a lot of risks, sometimes:

We have built a tool to capture such badly implemented OTP systems.

One such example was UrbanClap which used to send the OTP back in the response of re-send OTP API : 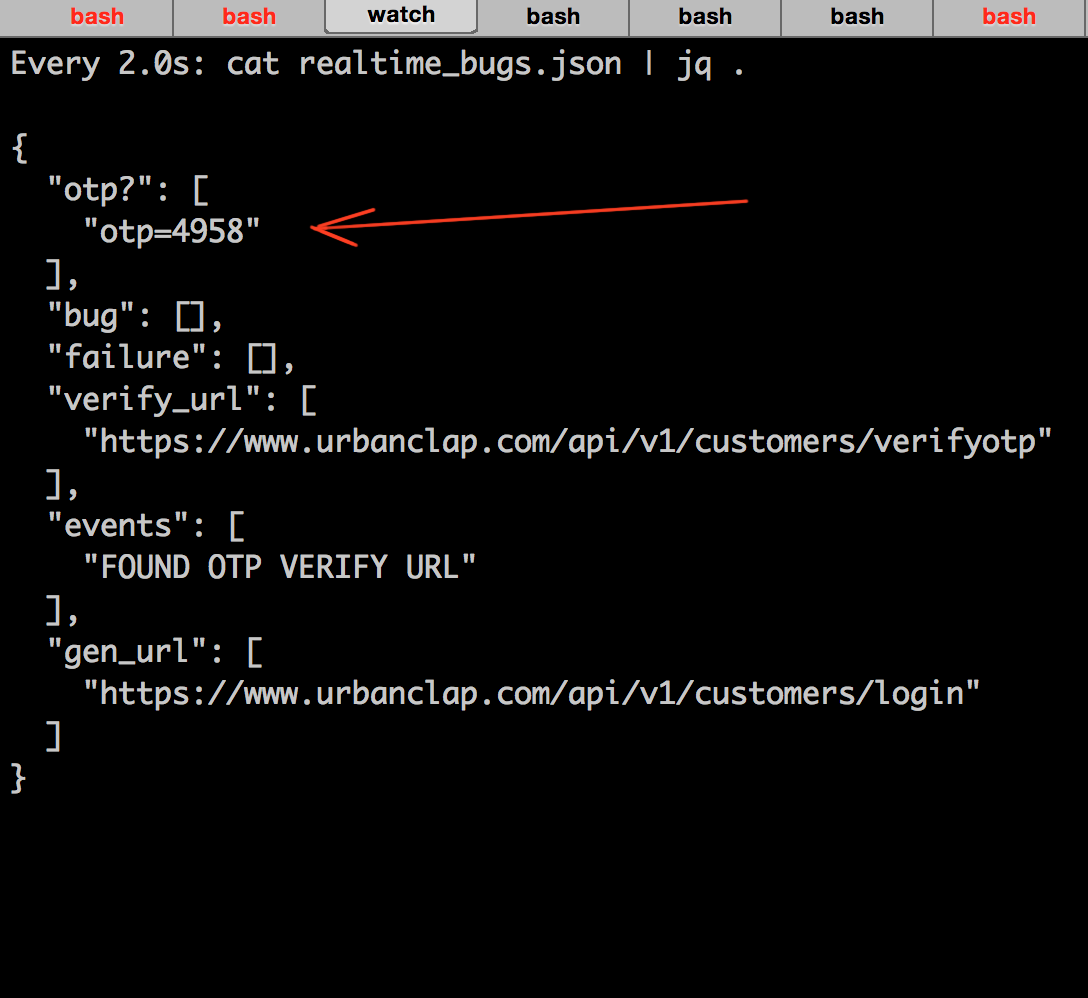 This type of bug is more common than one might think. Its also weird to see people use different APIs for Android, iOS and web for the exact same purpose of OTP generation!

Used your credit card online in India? It's probably stolen

During the recent months we have discovered,

We have already intimated the respective payment gateways and they are working on the fix but, we are afraid we might not be the first to discover these vulnerabilities. As India still doesn’t have something simliar to data breach intimation law in the US and based on our experiences from intimating severe data leaks to more than 15 companies, we do not think the companies will ever make this information known to their end users.

This is a general notice to the public to ensure that their cards are safe. Hackers generally do not attempt to use all the cards as soon as they get access to, so it is requested that you monitor your charges and statements or better disable current cards if possible. Domestic only debit cards which cannot ever work without CVV/ PIN and OTP can be assumed to be safe.

We will come back with more information regarding these issues once the respective companies have fixed the bugs. We know that no company wants to leak their customer’s payment and personal data and it will be a difficult and time intensive task to fix some of these issues.

At Fallible, we are building products to secure large organizations and startups alike. Contact us at [email protected]

We have open sourced our port of RetireJS to Python. Feel free to use to test your applications / websites.

We are creating a useful data leak detection tool. This article demonstrates what has been done till now.

Lot of the software companies fail to ensure that these informations are kept securely in their database. Sometimes they just leak database password. On the other times:

And there would be no secure token in the headers (nor in the body) of the API calls, letting any user to do that API call from anywhere, the user doesn’t even have to be logged in to execute that API call successfully. One can simply run the following command from the terminal and get all the users addresses:

Some people will try to strengthen the security by making the userid longer like :

Anyway, we saw these kinds of bugs too often in various companies, so we decided to try and make the detection of such bugs automated.

We want to get all the APIs which leak data, so, we will record two different logged-in users activities (all the API calls) done while using the App / website. And then we will use the parameters like email, userid and phone number from user number 2 in the parameters of API calls done for user number 1. If the API call returns a valid response which matches the one for user 2, then it is leaking data, essentially.

For recording the activities one can use a proxy suite like burp or mitmproxy .

A typical users session will comprise of multiple requests and multiple responses:

We need to match the requests for both users.

The serial order of Requests done for <user 1> is not a one to one match for the Requests for <user 2> since the recording of activities might have some noise in the API calls captured for example, Apple (in case of iOS) might be sending some stats to its server only adding to the noise for us to suffer — bad apple (of course not just Apple). So first, we need to match them 1 to 1.

We have done this matching by using the url and keys of query params and keys of params present in the body (json, form or multipart form) between the API calls listed for those 2 users. So, that works out to be O(n^2) . Yes, it can be improved and done in O(n) too, it is left as an exercise for the reader.

What to take and what not to take?

For example if the developer did use the sessionToken to authenticate user but failed to validate the ownership of the userid then how will you confirm data leak? For example in this API:

Clearly if you replace the session token as well as userid then the request of <user 1> will essentially become request of <user 2> and that would obviously return the same response as it did for <user 2>. So we want to only replace stuff which an attacker can guess like enumerable user id or email or phone number

Now, we want to make this tool generic and should be able to detect such data leaks across multiple Apps and websites. So, checking for params matching letter to letter with ‘userid’ is not very useful. So, instead we will concentrate on the values of the parameters. An attacker can only enumerate smaller number maybe less than 8 or 9 digits in length. So we might user a regex like \d{1–9} and check all the values in the params of query or request body matching this regex. (And what if sessionToken also is a similar number. Then of course our method won’t work, but we assume that will rarely be the case.)

Similarly, other regexes can be used for email, phone no. or order id.

After replacing request 1 parameters, we need to replay it and see the response and that leads to our next problem.

Verifying that the response is same as it was for <user 2>.

This is the phase we are in. Exact word to word match might not be ideal since the session token if any present in the response of this new request will be of <user 1>, what if response contains that token.

Other options could be :

We will make the tool open source once it gets ready!